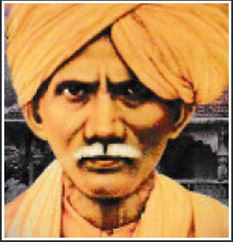 His holiness late Sha|| Bhra|| Chandrashekhara Shivacharya Mahaswamiji was born to most relegious and pious parents shri Basavalinga Shastriji and Smt. Basavalingamma in the year 1892 of Nandana nama samvatsara in the holy month of Karathika.

Coronation Ceremony of his Holiness

It is not so easy to describe the greate personality of Chadrashekhara Shivacharya Mahaswamiji. He was handsome looking, simple living, high thinking & visionary. as he was a wrestler in his youthful days, he was lean and strong. Thripunda Bhasma on his forehead, Rudrakshamala on round his neck, safforon dress Turbon (Petha) on his head, radiated his inner spiritual beauty. In addition to it, he was a great music lover and loved birds and animals. In his Matha he reared cows, oxen, dogs and horses. He himself was an expert horserider. Above all his Holiness had attained spiritual Strength in words and deeds, because of his austerities of Ling Pooja.

His Holiness Sha|| Bhra|| Chadrashekhara Shivacharya Maha Swamiji was a great lover of humanity therefore he travelled across Karnataka taught the people the importance of education, relegion, literature, tolereance and also despel blind beliefs and superstitions. Thus through out his life his Holiness preached and practiced the principles of veerashavism to uplift the downtrodden. His life itself was a message to devotees and his Holiness was the embodiment of Jnanadasoha, Annadasoha and Dharmadasoha.

The Parents of His Holiness Shri Chandramoulishwara Shivacharaya swamiji were Shri Shivashankarayya and the mother Smt Siddamma who brought him up in the cultural and religious background.

His Holiness was a man of visionary and became a man of action, because his life was shaped and moulded by the pricks and pains of his childhood experiences. Hence His holiness decided to open as many as professional colleges as posible to the poor youth of villages, this would help them to earn their living so His Holiness started TCH, B.Ed., D.Ed., D Pharma, B Pharma, M Pharma, ITI College at Harapanahalli, Polytechnic, Ayurvedic College, ITI College at Hosapete. Thus His Holiness ventured to start all the schools and colleges without depending on Govt help. His Holiness also established students hostels to help the poor and to promot education. His Holiness felt proud when he finds his students pass the exams by scoring ranks. His Holiness believed in the principle of ‘Simple Living and High thinking’ and believed in hard work. He used to mix with his devotees, students, teachers and keept a smiling face which would attract people. His life was a divine light and model life to many people.

What we have to understand today is that progress does not only material progress of making more and more money this will make man unhappy, but the inner wealth of goodness, sacrifice and simple life will definitely make man happy. For which His Holiness is the best example. Though he was a religious head he spared whole of his life for imparting bread giving education to all the villagers of Karnataka and India at large. Thus his life of life of Service and Sacrifice.

Educational institutions established by Lingaikya Sha|| Bhra|| Chandra moulishwara Shivacharaya swamiji has grown in to a very big tree yielding sweet fruits of knowledge. His great magnetic character of love for the people of all religions and castes is model to every swamiji.

His birth came as a new light to spread Veerashaiva culture and philosophy. His Holiness had his Pre-primary education at Govt. School of his native village Nagatibasapura and had higher Primary education at Kannada medium higher Primary school of Karnatak cultural Assosiation of Harapanahalli, high school education at Rajsomashekhara English medium high school at Harapanahalli, and studied PUC at SUJM college Harapanahalli. He has done his graduation from Karnataka University Dharwad and continuing his MA. In addition to his acadamic studies He has studied Veda, Sanskrit, Astrology at Shri Rambhapuri Peetha. His Holiness is following the path of His Holiness Lingakya Chandramoulishwara swamiji. 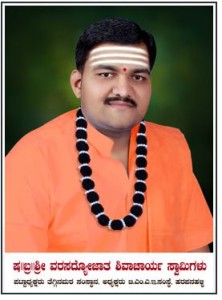 The present pontiff of Tegginamatha Shri Sha|| Bhra|| Varasadyojatha Swamiji strictly following the divine path of his predicessor Shri Lingaikya Sha|| Bhra|| Chandramoulishwara Shivacharya Mahaswamiji. His Holiness is successfully taking ahead the religious, cultural and educational activities with his active involvement taking the guidance of the secretary of Tegginamatha Shri T.M. Chandrashekharayya.

The Realised Dream of His Holiness

T.M.A.E.S Education institution is the centre of attraction in the central part of Karnataka for its training, technical and professional courses. The students of these institutions are primarily from rural areas, After completing their education in these institutions are now serving the nation in different capacities. Shri T.M. Chandrashekarayya has been instrumental in translating the dreams of his Holiness in to reality.

His holiness himself is a legislature, as well as judicial of the institution but Shri Chandrashekharayya is an exacutive. The tree of T.M.A.E. Society education has grown in to bulky tree with its roots in democracy and social service.

Shri T. M. Chadrashekharayya is known for sound memory power and intelligence in making plans for building constructions for which Tegginamath is a great example because many engineers and experts advised him to dismantle the Matha in order to reconstruct the multistoried building with upstrairs. But T. M. Chandrashekharayya did not listen to their words and constructed the upper building without destroying the foundational building, he constructed it suceassfully with out destroying the beauty of the ground floor. The engineers and the building experts were surprised and spell bound, this is the best example which hs proved the intelligence of Shri Chandrashekharayya.